The Alien franchise is one of my favorites. Pure Imagination Studios was a great place to work on this one of a kind Alien VR experience. My job was to help the team finish up the initial release via patches, and then upgrade the game with new content. This required collaboration with the development team, the operators at the location, and the creative directors. This project was a fun challenge because we were delivering a high fidelity visual experience, while only using a Samsung phone. This was awesome because I got to learn more about VR and mobile at the same time.

To get the initial release finished up, I worked with the programming team to fix bugs, and optimize the game as much as possible. We had to go down to the experience location often to deploy new builds, and test out the changes in the same environment as our customers.

The new content involved adding a boss fight to the game. I was responsible for programming the encounter. This includes the level scripts, the AI state machine, and the animation state machine. This was a fun challenge, because I got to work closely with the animators, sound designer, and the creative directors to ensure their vision was represented in the game play. This was also my first fully built AI from scratch, which was a great learning experience.

There was also an unannounced project I worked on where I was tasked with creating the primary AI Enemy for the game. This allowed me to greatly refine all that I had learned on Alien: Descent. 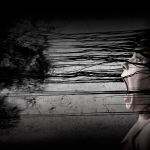